We went by Ferry from Battery Park City at Vesey Street for a photoshoot at Paulus Hook, Jersey City in November with Sierra Photo of New York City to photograph the moon over the Freedom Tower in Manhattan.

As the sky changed colors so did the light and color on the buildings in Manhattan.

We spent a lot of time waiting for the moon to peak out of the clouds. It finally did. I was amused by the moon creating a moonsicle on the antenna on top of the Freedom Tower.

Last Sunday’s walk: I love the Irish Hunger Memorial and the artificial rocks tucked away in Teardrop Park.

I took these with my cell on the Battery Park City Esplanade. If I got the names of any of the flowers wrong please let me know.

A Blue Grosbeak (probably first year) has been staying by the bee hives in Battery Park, New York City this week. I was lucky, I didn’t nead to search or wait, there it was. The bird looks a bit scruffy and feather worn, but seems to be surviving well by bashing bees to death and eating them. 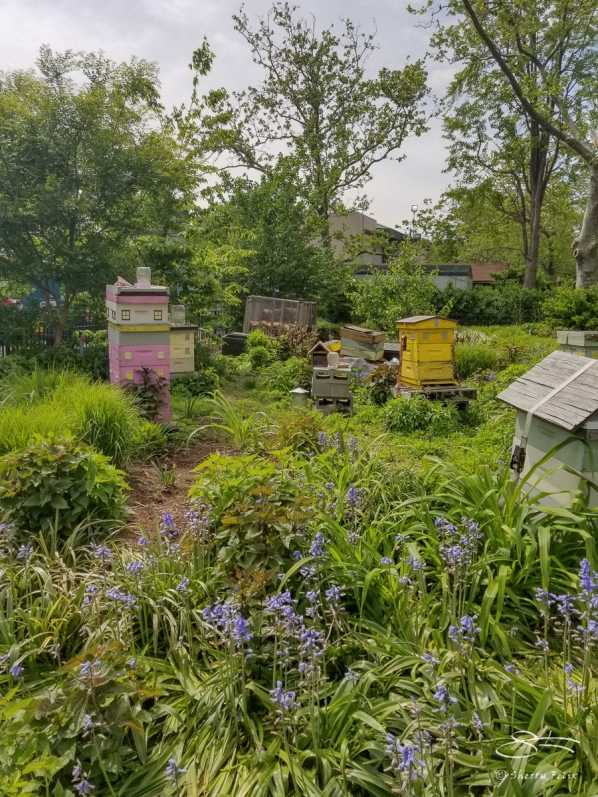 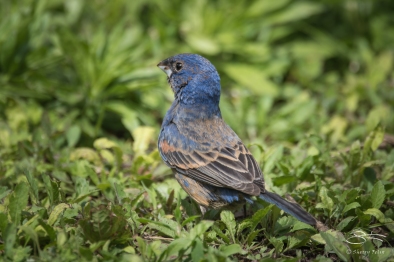 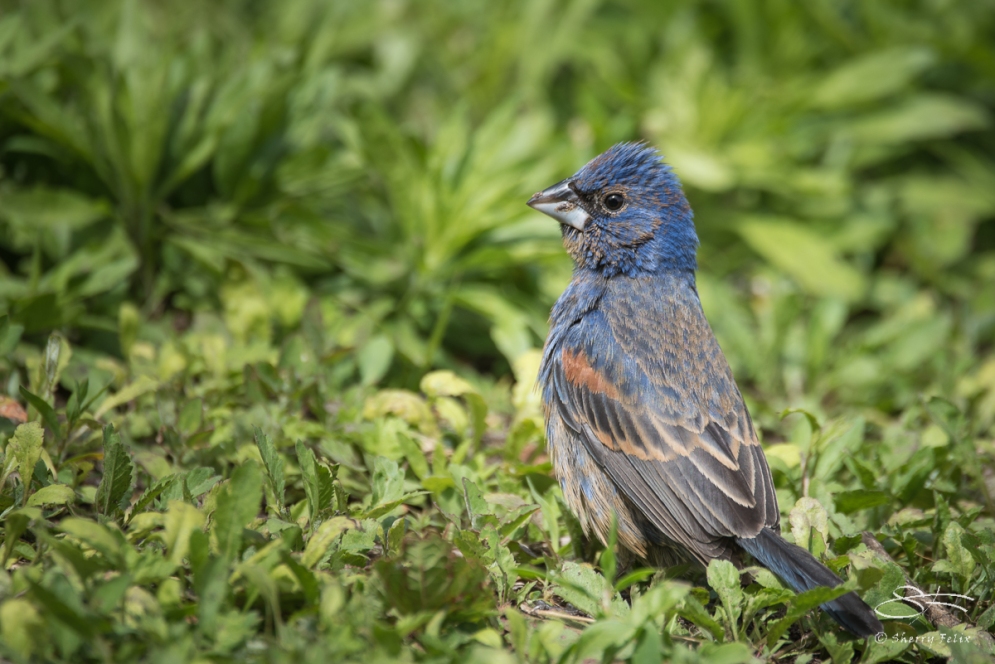 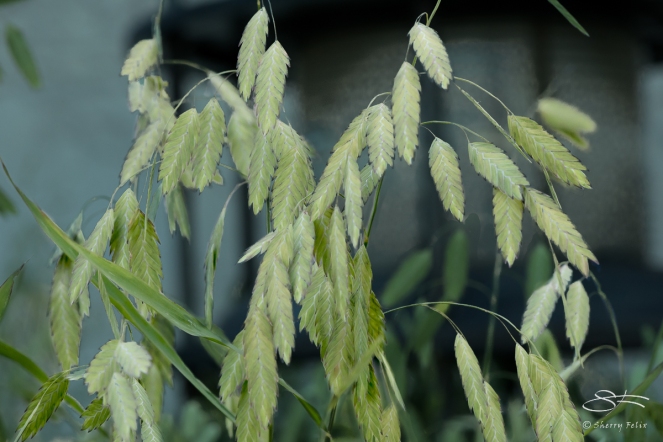 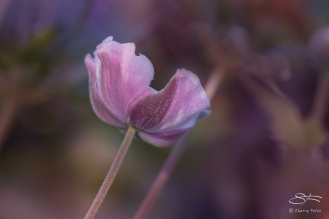 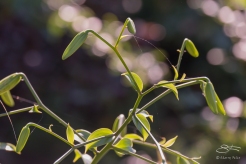 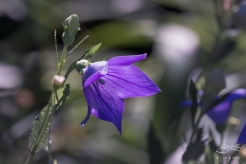 The second part requires no words. I could use some hlep identifying some of the plants here and in Battery Park 1 of 1.

Located at the southern tip of Manhattan by the harbor and the confluence of the East and Hudson Rivers, Battery Park is where the history of New York City began. The Native Americans called it Capske Hook (from Kapsee, an Indian term for rocky ledge). The  Dutch West India Company began the settlement of New Amsterdam in 1625 nearby. The Dutch built Fort Amsterdam around 1626, and by 1689 the first of a series of gun batteries was installed.

Much of the present park is on landfill. In this way the park was extended further  from 1823 to 1872. By 1855. Successive landfills had enlarged the Park to encompass Castle Garden and the structure became America’s first immigrant receiving center from 1855 to 1890, welcoming 8.5 million people before the establishment of Ellis Island.

The Battery was a popular place for New Yorkers to visit in the early 18th century. The old fort, renamed Castle Garden, provided the setting for receptions, demonstrations, and performances. General Lafayette was welcomed there in 1824 and Hungarian patriot Lajos Kossuth in 1851. Samuel F.B. Morse demonstrated his “wireless telegraph” in 1842, and singer Jenny Lind in 1850.

Much of Battery Park was closed from 1940 to 1952, while the Brooklyn-Battery Tunnel and the Battery Park Underpass was built. The park was landscaped and expanded by two acres, after a delay caused by WWII.

Following its near–total demolition by Robert Moses in 1941, resulting in a major preservation battle, the original fort walls were declared a National Monument by an Act of Congress in 1946. Castle Clinton was ceded to the U.S. Department of the Interior in 1950 and designated a national monument. In 1982 New York State designated Battery Park as a part of Harbor Park, a group of historic waterfront sites.

Battery Park monuments: Peter Minuit Plaza was added in 1955 and East Coast Memorial in 1963. In 1995 an American Linden (Tilia Americana) tree was planted as a tribute to singer Jenny Lind (1820-1887), whose performance at Castle Garden on September 11, 1850 was billed as the musical event of the century. Thanks to promoter P.T. Barnum, the arrival of the “Swedish Nightingale” caused a sensation in New York.

Restored to its fortification appearance by the National Park Service in 1975, the Castle currently houses a small interpretive display and the ticket office for the Statue of Liberty – Ellis Island ferry. Over three million visitors pass through its walls annually.

While the Battery Conservancy was designing the park’s interior to reflect its rich history an aquatic carousel was proposed to recall 1896, when The Battery was the first home of the New York Aquarium. SeaGlass was designed by wxy architecture. The shape is inspired by the chambered nautilus. The spiraling pavilion of glass and steel brings art, architecture, music, and film to children of all ages. George Tsypin Opera Factory creates a mystical underwater experience. The rider sits within iridescent fish that glides through the sights and sounds of a 360° aquatic adventure.

More information and sources: NYC Parks,  Battery Conservancy and images of the Battery before and after. 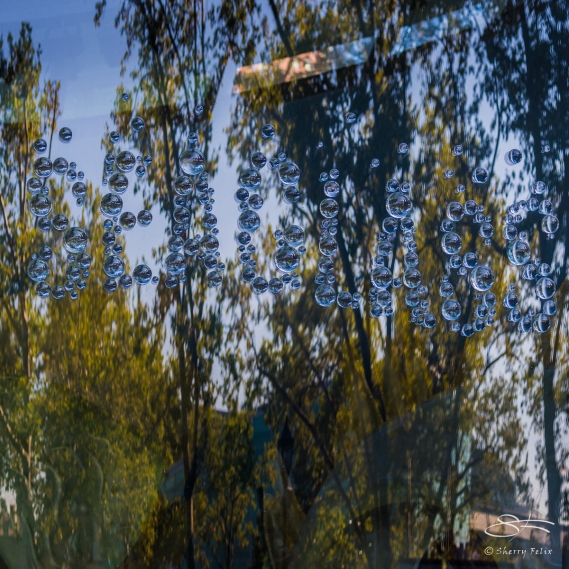 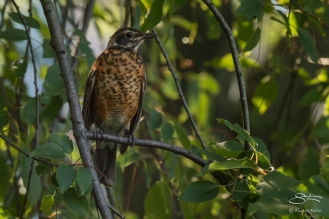 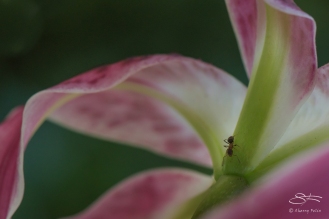 It was so hot at Battery Park. That influenced how I processed this image.

To buy my images (single use) or my book "Natural Side of the City" click here.

You may not copy or use any of my images without permission. I retain full copyright and ownership of my work. Links to my work may be used if credit is given to Sherry Felix. See license agreement.