My husband, Marc, and I stayed near Abney Park Cemetery, Stoke Newington, London UK late December 2015 and the first week of January 2016 while in London visiting my grandson and family. On several mornings we walked through the charming cemetery. We looked at the old graves in the damp and gloom and I photographed a few birds.

In the late 1800s London needed more cemeteries away from the inner city. Abney Park Cemetery is one of them. “The site of Abney Park was formed from the estates of Fleetwood House and Abney House, the latter of which had been the home of renowned non-conformist and hymn writer Isaac Watts. This association quickly made Abney the foremost burial ground for Dissenters – those practicing their religion outside the established church. It was founded on these principles, with a nondenominational chapel at its core, and was open to all, regardless of religious conviction” (http://www.abneypark.org/history). Today it is both a park and memorial ground.

There are over 200,000 people laid to rest in Abney Park Cemetery. Here are three of Abney’s residents (http://www.abneypark.org/history/well-known-names):

Frank Bostock was a big-cat tamer. It’s said he discovered lions are afraid of chairs. His monument is in the form of a lion. He died of the flu and not by a lion.

Welsh nurse Betsi Cadwaladr has been called “the forgotten Florence Nightingale.” She was over 60 when she decided to train as a nurse and joined the military nursing service in Crimea. She clashed with Nightingale but eventually Florence gave Betsi credit for the work she did at the front line in Balaclava.

Joanna Vassa was the daughter of Britain’s first Black activist, Olaudah Equiano alias Gustavus Vassa. Equiano was shipped to England as a slave, served in the navy and obtained his freedom in 1766. He became a writer, Methodist and antislavery campaigner, and wrote his autobiography “The Interesting Narrative of the Life Of Olaudah Equiano, or Gustavus Vassa, The African,” published in 1789. Vassa married Susannah Cullen of Soham, Cambridgeshire and they had two daughters. Joanna married a congregational minister, Henry Bromley, and lived in Devon, Essex and then Hackney, where she died in 1857. Her grave was discovered in 2005 and is English Heritage listed.

The cemetery is still used. One of the headstones we saw is dates 2015. 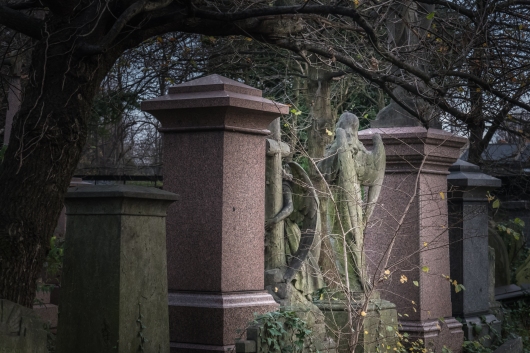 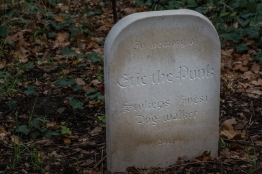 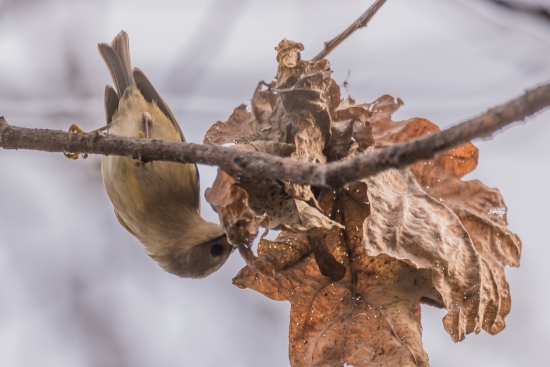 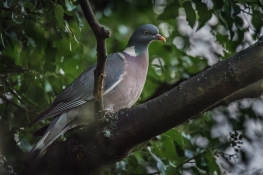 To purchase my images (single use) or my book "Natural Side of the City" click here.

You may not copy or use any of my images without permission. I retain full copyright and ownership of my work. Links to my work may be used if credit is given to Sherry Lynn Felix. See licence agreement.